Home | Nieuws | Help! I have rheumatism

Rheumatism is a collective name for various disorders. Rheumatism consists of at least 100 different disorders . A number of known ones are; osteoarthritis, soft tissue rheumatism or inflammatory rheumatism. Similarity between all 100 forms of rheumatism is that they all develop systematically and are not caused by trauma.

What types of rheumatism are there?

As mentioned above, rheumatism consists of more than 100 different disorders. The most well-known (and most common) forms of rheumatism are:

Rheumatism, what are the symptoms?

How do I recognize rheumatism?

The most common features of rheumatism are:

How many people have rheumatism?

Rheumatism, what can I do about it?

Most forms of rheumatism are chronic and therefore cannot be cured. Without treatment, the symptoms often get worse. With proper treatment, the symptoms can be significantly reduced and the condition can calm down more. The treatment of rheumatism mainly consists of medication and physiotherapy. Various aids such as rollators, braces, bandages or arch supports can support this therapy.

Rheumatism, as described in this blog, is very common (at least 2.5 million people!) and many of these have to do with osteoarthritis , arthritis or soft tissue rheumatism in the thumb, wrist, ankle or knee. Read more about these forms of rheumatism on our injury page or immediately purchase a thumb brace or wrist brace.

For additional information, we recommend that you inform your doctor or physiotherapist.

Questions about this article?

Do you have a question? Can we help you with something? We like to think along with you!

Which aids can you use against osteoarthritis? A brace, splint or bandage for your wrist, hand or thumb provides rest, […]

Quervain’s disease There are many muscles and tendons around the wrist, all of which ensure that we can grasp objects […] 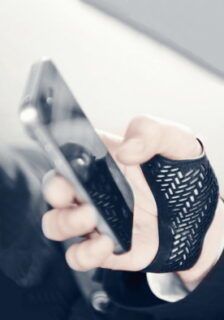 Sign up for our newsletter and stay informed of the latest news, best tips and offers.

What customers say about us

Customize my choices
To provide the best experience, we use technologies such as cookies to store and/or access information about your device. By agreeing to these technologies, we may process data such as browsing behavior or unique identifiers on this site. If you do not give permission or withdraw your permission, this may adversely affect certain functions and capabilities.
Manage options Manage services Manage vendors Read more about these purposes
Customize
{title} {title} {title}